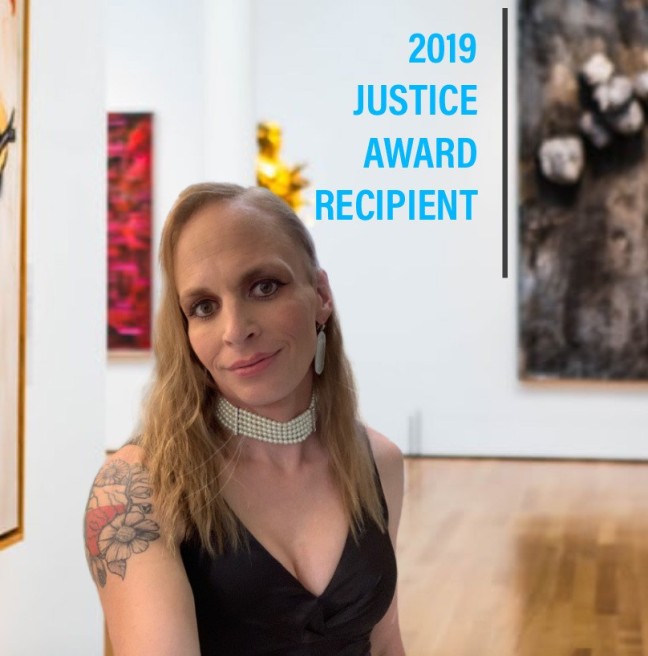 Nominations are open from now until December 1, 2020, for the Dallas LGBT+ Bar Association Justice Award. Each year, the Association recognizes one person who has made a significant contribution to the advancement of the LGBT+ community by fighting injustice. The Association awarded its inaugural Justice Award to Jayla Wilkerson at its annual Holiday Party in 2019. COVID-19 may have put the kibosh on an in-person party this year, but the work of honoring those who fight for justice goes on, so we welcome your nominations according to the instructions below.

The Association was inspired to launch the award in response to tragic events in 2019: On April 12, 23-year-old Black trans woman Muhlaysia Booker of Dallas made national headlines when video footage surfaced of multiple men brutally attacking her while bystanders watched and screamed transphobic slurs. A few days later, Ms. Booker spoke out at a community press conference to stand against the injustice she faced. A month after that, on May 18, Muhlaysia was found face down in the street, shot and killed. “She had a heart of gold,” Muhlaysia’s best friend, Jessica Anderson, said. “She didn’t want to experience all of this tragic stuff, but she wanted everyone to pay attention to the injustice.”

The recipient of the DLGBTBA’s Justice Award meets the following criteria:

You may direct any questions regarding the award and nominations to media@dlgbtba.org.